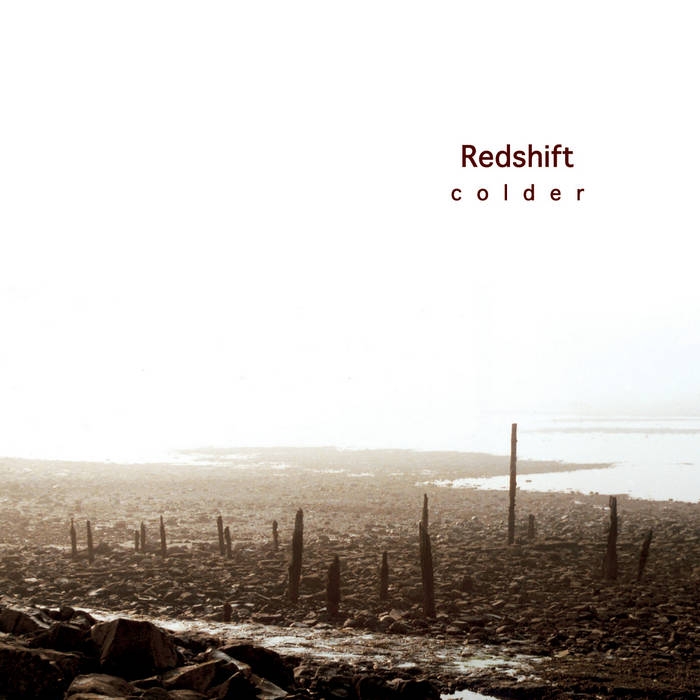 Martin Richter another excellent Redshift album. It is both dark (as the album picture suggests) yet is full of highly dynamic and very clever inter twisted "sequencing at its best". Besides the two larger tracks (Sister Moon and Colder), one of the short pieces "Azure" is equally brilliant, and almost unusually melodic. Favorite track: Sister Moon.

Morgancraft Redshift are masterful. Their sound is very much inspired from the classic Tangrerine Dream of the early 70's. However what we have here is an evolution of the classic progressive electronic synth arrpegiation , custom modular moog sounds and sequences. Some of the tone is very dark , each piece masterful and my ears never tire from listening Favorite track: Colder.

Emancipators I played this album several times and just had to buy it. You need to burn it gapless. Shreeve bakes up some awesome sequences that have a raw drive and edgy "Node" type feel. This is my favourite Redshift album. Favorite track: Colder.

Logic Gate For me, "Colder" is one of the best Redshift albums; I find it more accessible than some of their previous albums. I like the album from start to finish and could consider any of the longer tracks to be a favorite. The shorter "bridge" tracks are strong as well. Favorite track: Two Worlds & In Between.

This album is a recording of a live performance given by Redshift at the Hampshire Jam 9 Festival in the U.K. in 2010. The band line-up for this concert was Ian Boddy, Julian Shreeve and Mark Shreeve.
All the tracks were new compositions and mark the continuation of the "harder and darker" style of electronic music set by "Last" and "Turning Towards Us".
The majority of the rhythmic sequencing was created by Mark Shreeve occasionally joined by Julian Shreeve. Most of the thematic and chord based parts were played by Ian Boddy and Julian Shreeve. There is also a small amount of guitar work provided by Julian Shreeve.

"After the exhilarating experience of "Turning Towards Us', Redshift's last studio recording, I crashed into this latest release, "Colder". Right from the start this album's dark heart beats away like some old engine of destruction lurking in the underworld of dread.

"Sister Moon" quickly gets established with an unsettling thematic scale that conjures up visions of some infernal army relentlessly marching across an apocalyptic landscape. Or some monumental and primordial construction project to unspeakable gods. Jeez, don't these guys ever write love songs?
After the restrained middle section the rhythmic weave hits full cry, gorgeous interlocking strands and note clusters, frantic and alive with motion culminating in a brief reprise of the army-of-dead theme. It all dissolves to leave the rear-guard balefully stomping over the horizon.

"Roses are Red…" , a more pastoral bridge to the next main track. Of course, I'm using the word "pastoral" in its more nightmarish sense.Huge and dark chords usher in the restrained threat of the next piece's intro.

"Two Worlds and In-Between" is next. Glad to see Redshift haven't totally dispensed with their weird track title dictionary. Starting with a curiously nervous industrial rhythm pattern quickly being joined by a beast of a subsonic thud the track fast becomes pure horror movie music (the cunning but simple semitone key change sees to that).

After a spooky slow section the rhythms re-engage, but differently.
There is rather more subtlety to this build than then unrestrained hooliganism of the "Last" album, the beauty is in the exquisite detail rather than the pile-driver blow. The finale is pure slow creep, a skin-crawling shiver-fest.

"Azure", now this is odd, it almost seems out of place with everything else. Light and frizzy, almost happy dare I say?. I guess this is intended to be just glimmer of light in all the overwhelming shade. Like "Roses…" it has the feel of a transition piece, this time returning us to the, by now, reassuring oppressive dark.

The title track "Colder" stirs with industrial menace, a simple but starkly brutal bass line introduces faster and more mobile patterns while a strangled, distant banshee-like top line struggles to assert itself. Guitar wails sporadically creep through until the halfway climax has exploded.

And then to a sublimely haunting slow movement that seems to have filtered through from a different dimension. Back comes the full-on stuff, this time with changed patterns, guitars, sounds, howls and other big things all trampling over each other for dominance. Gloriously over the top.

And then the last fusillade (maybe the encore?). "Chain Gun" (what on earth is that?) seeps in quietly with gentle washes of atmosphere to herald what sounds like massed choirs welling up from a distant valley and swirling somewhere in the upper atmosphere.
A short segue brings forth a midrange kind of rhythm that I think takes a little too long to establish itself. But this is relieved as the beast is unleashed in the form of a full-tilt rock-style bass rhythm. This is a short,almost upbeat track that features some soaring thematic interplay that builds to a signature crescendo and finally collapses into a gasping percussive outro.
Stunning stuff. Just wish I had been there." P.G. 2011

"The strong ideas that emerged from the 1970s age of space-music encourages the imagination, of both musicians and listeners, to roam. The live CD "Colder" (61'49") by Redshift is an excellent example of this notion. For many years Mark Shreeve has been at the helm of this ensemble, and across the course of their existence has developed a signature exploratory style. By blending the primitive machine beauty of Phaedra with Shreeve's more muscular solo work each release is the consequence of persistent creativity.

With "Colder" Redshift has melded the intimate with the epic. Fans will find the results of this release riveting. Its tone veers from synthesised and atmospheric, to the reckless energised pulse of tumbling sequencer patterns, on down to a somber interiority - moving between the three in an impressive aural narrative. With plenty of cool modulated effects, ethereal Mellotron begot harmonies and melodies, and interlinked shifting arpeggios coming at us like a beast in the dark, "Colder" may be best experienced by letting it wash over us and to simply revel in its sounds themselves.

Shreeve, and his co-performers, have always dealt in sounds that exert their own freedom. With a strong core idea along with strong execution "Colder" offers vast sonic riches. Captivated by the enthusiasm of this mad minimalism the audience feels Redshift causing the world to vibrate."
- Chuck van Zyl/STAR'S END   11 August 2011

Tropical and transportive tunes with guests Coco Maria and Anchorsong.